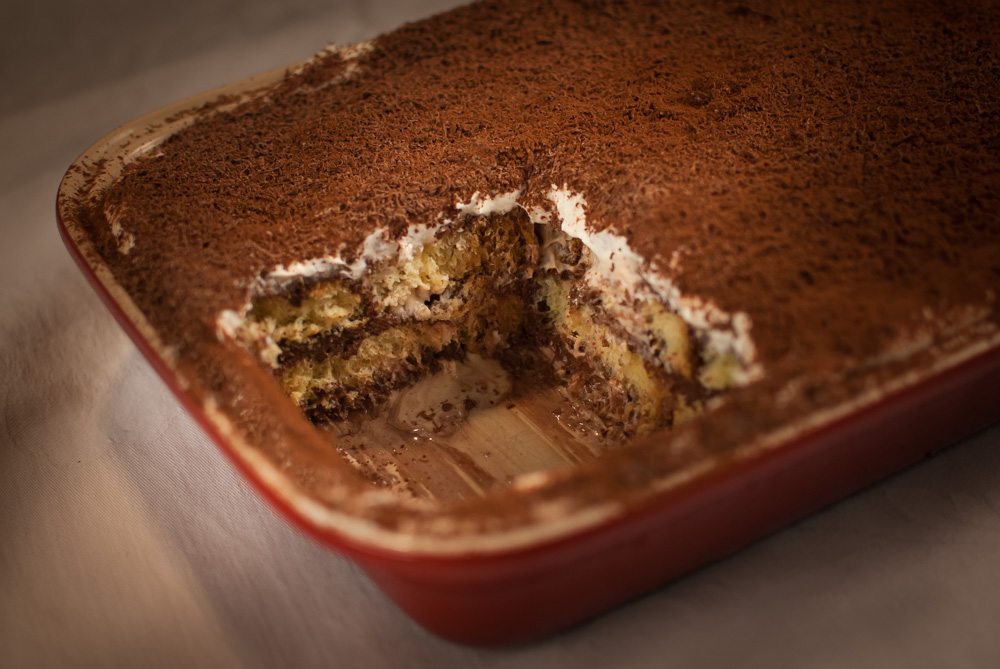 For the custard sauce

For the chocolate sauce

What is a panettone?

A classic traditional panettone is a wonder of heady vanilla and almond perfume, sweetness and fruit and delightful texture – soft and light, structured and yielding. It’s allure is due to the enigmatic nature of the product itself: the long proved, sweet dough makes a loaf that is not quite a cake and not quite bread – but something satisfyingly in-between. Many traditional cakes come with an option for extra sweetness and have a ‘glassato’ topping of ‘pearled’ sugar and nuts. I’m happy to munch this crunchy struesel-like crust when it’s there, but otherwise the cake is perfect as it is. Unfortunately, some commercial panettone bakers have decided that cake can still be improved upon and produce luxury versions that are flavoured with, amongst other things, chocolate or vanilla crème, wine, liqueur and chocolate chips. These extra fancy elements may seem like a good idea, but amount to nothing more than the guilding a very nice lily.

The dilemma of the unwanted panettone…

It happens now and then that a household might find itself with a glut of Christmas panettones. The Italian cakes are traditionally given as gifts, so it is entirely possible after the generous reception of many panettones, that one or two might remain surplus to requirements. Some may be left and forgotten because not everybody is a fan of panettone. Sadly there may also be the odd specimen left uneaten because it was dry or not nice to eat. So, what to do with the leftover, unwanted panettone? Don’t throw it away – with a little nous and culinary adventure it is possible to turn even a dried-out flavorless panettone into a delicious dessert.

…and what to do with it.

When devising new recipes with panettone, it’s imperative to ensure that it will complement whatever ingredients might be already in the panettone. If making a bread and butter pudding with panettone, follow any recipe for bread and butter pudding but cut back on the butter and fruit, both of which appear in the cake in abundance. A layered pudding could be made using traditional  or chocolate chip panettone with chocolate ganache and whipped cream. Perhaps a similar layer custard dessert could be constructed with vanilla crème panettone.

A standard fruit panettone would be too rich in a tiramisu-based pudding, so use a pandoro or ‘golden bread’ version of panettone instead. It’s plain (without fruit) and generally not as rich as standard panettone and takes the chocolate and crème flavours well. My recipe uses a thicker chocolate sauce to avoid excess soggyness. It might be more posh trifle than true tiramisu – but I reckon it’s all the better for it.

The structure of a tiramisu is a series of layers of wet, but not mushy, biscuit with a layer of thick mixed mascarpone, eggs and sugar. You can use Savoiardi  ‘lady fingers’ or the same type of biscuit made by Pavesi. Both are ‘low density’ i.e. full of air, but they have a hard, dry and rigid structure. This allows them to be drenched, typically, in black coffee and liqueur for a traditional tiramisu. The raw egg and sugar stabilise the mascarpone to form a more solid layer of cream. By all means use these biscuits instead for this recipe (though make the chocolate sauce more liquid with additional water). My idea came from an Italian relative who makes a tiramisu for children using chocolate instead of coffee. However, the raw egg concerns me, so I made a fundamental shift in method by using a crème anglais, which contains cooked egg. The extra viscosity of the chocolate combined with the extra thinness of the cream layers, gives the pudding the quality of a refined trifle. But I stand by my guns and present this as a passable alternative tiramisu.