‘…some delicious homemade fresh cheese. This triples up as a quick dinner, a side salad, or a perfect starer for a dinner party.’ 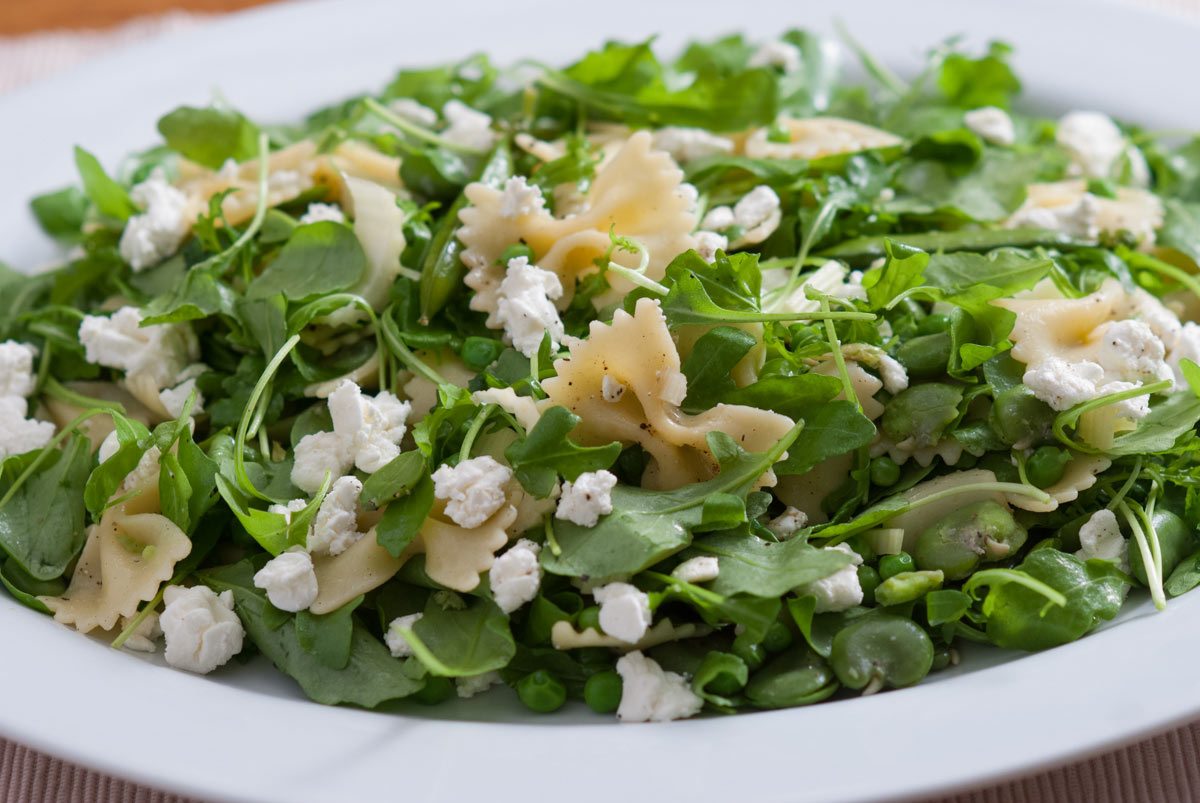 300g broad beans – with or without their ‘jackets’

Dressing made from one part lemon juice to 3 parts extra virgin olive oil and salt and pepper.

Someone in our family should have been a cheese maker.

We were all aware of the basic principles: we saw them in action in our refrigerator at home. The process took place inside the milk bottles. In the days when milkmen would deliver milk in pint bottles, our mother would have delivered six pints of milk each day. As a young growing family with four strapping teenagers, we would consume large amounts of milk. Each day the milk was delivered and the empties would be taken away. Six bottles in – six empties out.

Unfortunately, this routine was susceptible to the odd glitch. One or two bottles might find that they were overlooked or misplaced and would end-up out of sequence: first going off – then eventually separating into curds and whey. Despite Miss Muffet’s predilection for the stuff, we were not so keen and would pour away the soured liquid and clumps into the sink.

If none of us had become cheese makers – we might have become milk tasters. We all developed fine noses, and became expert at testing each bottle of milk before it was used. To this day we all persist in the rather gauche habit of sniffing any milk presented to us – even in polite company, where we might disconcert our hosts straining to stifle their abashment at such behavior.

Naturally, given this affinity with curds and whey, I am fascinated by cottage cheese, fresh cheese and ricotta: all made from the stuff we used to pour down the drain!

Fresh cheese is a generic term for cheese made by curdling whey or milk with buttermilk, yoghurt, rennet, lemon juice or vinegar. Types of fresh cheese include cottage cheese, curd cheese, farmer’s cheese, queso fresco/blanco, mozzarella and fresh goat’s cheese. I have developed a fresh cheese with the texture of crumbly ricotta using cottage cheese. Simply put the cottage cheese in muslin and squeeze out the liquid. Any spring green vegetables will be brilliant in this salad – try adding artichokes or asparagus.