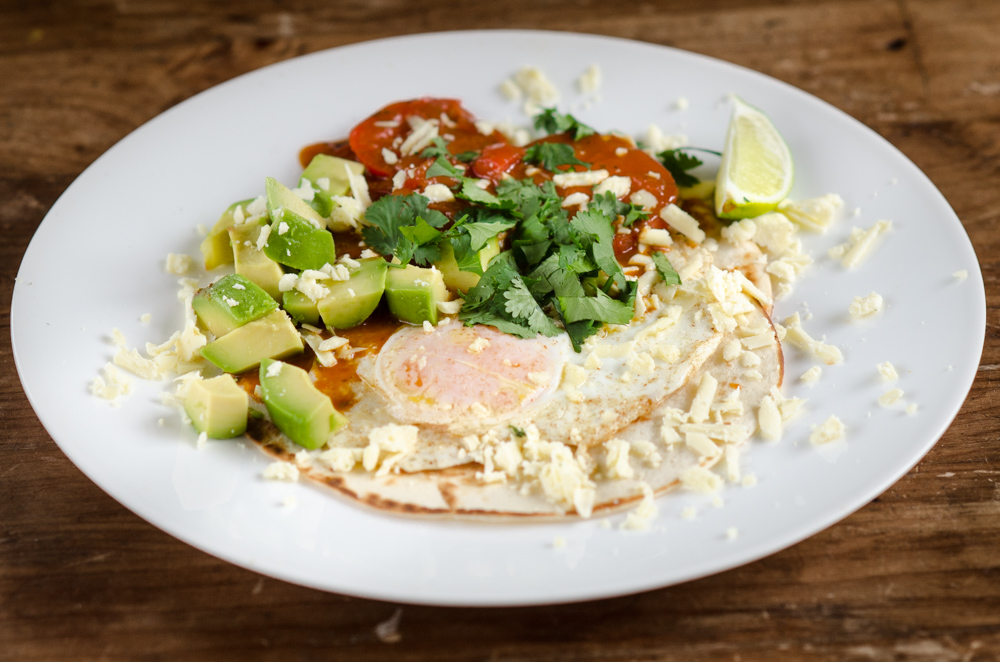 A pinch of oregano

Half or less avocado, depending on size, cubed

It is said that Mexican cuisine in not overtly hot. Although milder dried chillies will be used in normal cooking, the real heat is saved for table sauces and condiments. So you are quite likely to find bottles of Cholula and Valentina chilli sauce on the tables of the local cantina or the chef’s own hot sauce served with your chilli rellenos. I must confess that I have recently developed a penchant for Valentina sauce. The ‘red’ variety comes in a litre bottle and after a few months I am eking out the dregs. It’s apparently the most popular picante table sauce in Mexico and I can understand why. It’s full of flavour and quite picante, but not too hot. Mexicans put Valentina sauce on everything – which is exactly what I do. In fact I find it most useful mixed with other sauces, either red pepper, salsas, or even a little ketchup or mayonnaise. It’s hugely versatile and adds a little Mexican je ne sais quoi to anything you cook. Most recently, I discovered that fried tomatoes and Valentina sauce make an instant – and very good – rancheros sauce, as in the recipe below. If you don’t have Valentina try the Cholula (or any other chilli sauce) and add a bit of passata, tomato puree or ketchup. If you know your chilli sauces you will be able to judge how much to use…

NB: I buy my Valentina sauce (and tortillas) from MexGrocer

For later, why not try Dad’s Mexican Chocolate and Chilli Flan!