This is possibly the best chocolate dessert I have ever made. It is a version of WDC’s famous raspberry panna cotta cake. 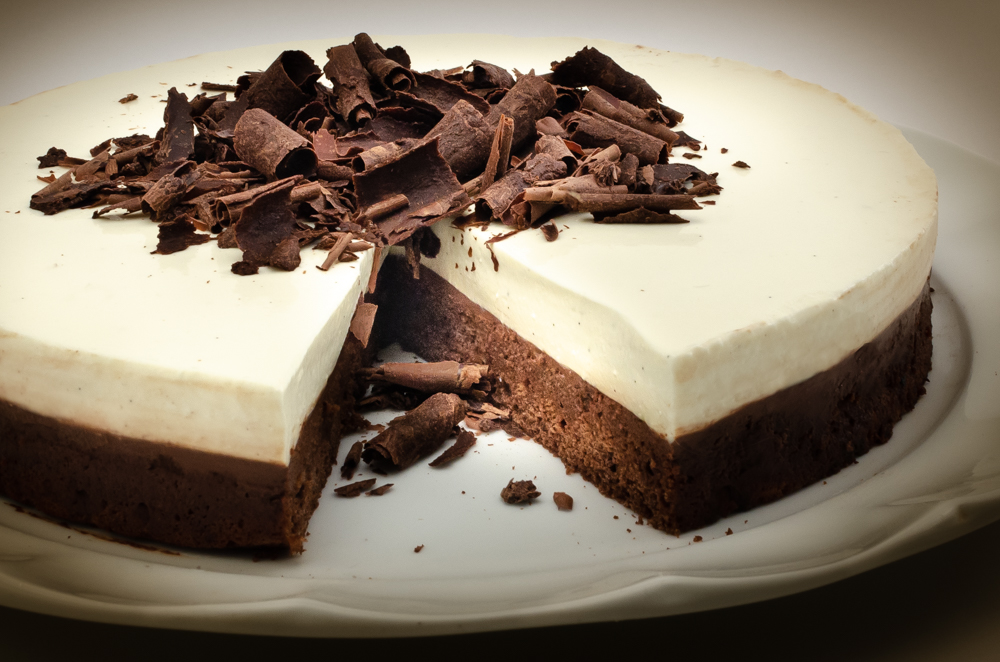 Softened butter for the flan tin

1 vanilla pod cut down length then cut in half

For the chocolate curls

Where do new recipes come from?

Well, if you believe, that there is indeed any such thing as a new recipe, then they are likely to happen as much by accident as by design. In this case, I set out a staggered lockdown Tuscan barbecue-feast for my birthday. This was the menu:

Orecchiette with scallops, chilli and rocket

Panna cotta with berries and coulis

Clearly, I was possessed with an epic culinary mission. Well, it was my birthday… Naturally, with so many courses, it was obvious that I would need to end the meal on a lighter note. I described my plans to Mrs WDC, but she replied back without missing a beat, “What about the cake?” Ah… Did she mean birthday cake? That de rigueur – nay, essential element of any birthday gathering? What was I thinking…? Was I was so possessed I did not even register the need for my own birthday cake? In my defence, birthday cake is not usually haute cuisine and I was trying to plan something special. Having acquiesced to the concept of cake, I did, however, venture that the meal would still need something light to end, and that the usual chocolate affairs would be too much. How about a cake AND panna cotta. I’ll put the panna cotta on top. But not on top of sponge – still too heavy – perhaps a flan base as in the lighter German küchen-type flans…

And this is how I got the idea of a panna cotta cake. Okay, maybe not the of knock-me-over-with-a-feather kind of originality, after all, there are many mousse-type cake recipes with mousses assembled over sponges. However, a panna cotta is not a mouse – it’s a wet creamy jelly that takes hours to set. How to construct such a thing? The answer is with difficulty, which is why this recipe gets a ‘hard’ rating on the blog. It took me three attempts to get near a workable solution.

The key to the success of the dessert is the taste: the startling surprise of panna cotta on top of a flan-like base. It is packed with flavour, cool, but very light, fresh and not too sweet. A perfect end to a birthday meal and a rather perfect cake.

The trick to this recipe is to contain the panna cotta whilst still in a liquid state over the flan base. This does not seem to be an issue with mousse-sponge cakes, and I believe the reason is because a sponge does not shrink in the cake tin as much as a flan base. There is proportionally more stabilising flour in a sponge cake than the lighter flan base which relies on egg whites for aeration, rising and lightness. Unfortunately, egg whites also shrinks rather a lot – which means if you work through the process it will be impossible to hold the panna cotta in the same tin as it will flow away throught the shrunken gaps. My solution is to work with two springform rings. The flan is baked in the larger tin and then the panna cotta is set on top using the smaller ring. No doubt when Marks and Spencer’s steal my recipe they will use professional sets of bespoke rings.

The sponge is best made with sufficient material to make beating and mixing easier. However, the quantity is a little too much for my ideal balance and design. I therefore, suggest cutting the flan base down by a quarter after baking.

Panna cotta means ‘cooked cream’ and that is pretty much the basis of the dessert. Though, clearly with so many chefs needing their own panna cottas, many have made the journeys into ‘my recipe’ adaptation, and so any number of variations are now published. The key differences are whether the cream is left as cream or adapted with other dairy products (to make either lighter or richer), the other is how long the cream is cooked (which can give more or less custard flavour). The setting is acieved with gelatine and this comes in powdered or sheet form. I’m not convince all products are universally produced in equal units, so the only way to be sure is to keep making the recipe and adapting the gelatine to suit. Some versions are very wobbly – even runny, but none are set firm like an actual jelly. Finally, the gelatine is dissolved in a liquid, flavouring, or alcohol – and can add a little more flavour and sweetness. My version is similarly adapted, and uses fromage frais to give a lighter and fresher taste. I have made it a little more set, to hold up on top of the cake base.

You need a good amount of space in the refrigerator. Clear this beforehand to avoid a kerfuffle during the process

The chocolate curls are more difficult than one might imagine. What is important is having right tools for the job. Ideally a cheese slicer for scraping chocolate off a marble surface. I have marble, but no cheese slicer; I managed – just – with a blunt vegetable peeler. A sharp one will do the job much better.

For the ganache filling

We are not tempering the chocolate so it just needs melting.