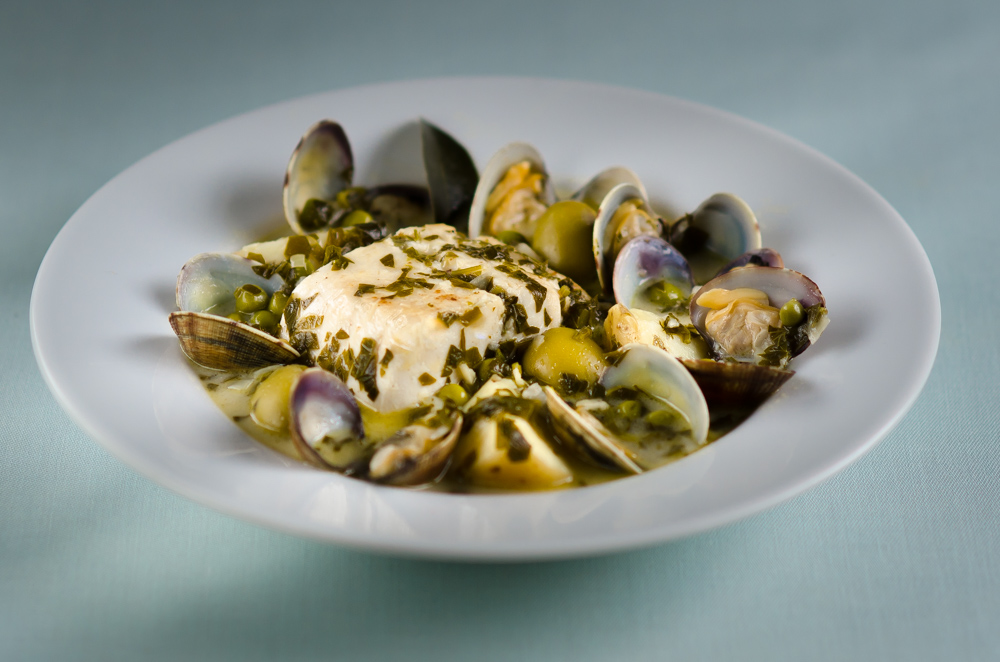 Fish bones – whatever you can get from the fishmonger

1 clove of garlic, peeled and crushed

Parsley stalks from above parsley

That’s a no then… It’s a shame because fish soup is something I cook well and love to eat. So why do people have a problem with fish soup? They’re quite happy with most other things made into soup, even if that includes lentils, or broccoli, or oxtails, but as soon as liquid and fish come together it becomes a problem. Could it be fish soup is simply too ‘fishy’, does the lingering scent of cooked fish put people off? Is it the unlikely risk of choking on a fish bone or the possibility of suffering an allergic reaction to shellfish, or an assumption that we might be up all night vomiting? Perhaps, despite the increasing costs of fish, people still see something of ‘peasant food’ in fish soup, a watery gruel whose main source of sustenance is tentacles, fish heads and bones.

Yet, I’m sure most people would happily countenance a professionally made bouillabaisse were they to see it on the menu of a fine dinning restaurant. Many, I’m sure, would suddenly become aficionados of fish, expertly ordering the soupe de poisson whilst holidaying on the French Riviera (served with delicate croutons with grilled gruyere and pots of picante rouille). Who wouldn’t want to sample the colourful cacciucco featuring locally caught snapper, calamari and baby cuttlefish from a ristorante in the port of Livorno or try the famous Pacific West Coast specialty cioppino at San Francisco’s Fisherman’s Wharf, perhaps they would be tempted by a spicy jjamppong brimming with clams and shrimps from a Seoul noodle bar or a delicate tom yum full of prawns and scented with lemon grass in a Bankok street market? Such local fish soup specialties have a compelling and exotic allure that ensnares the adventurous diner and piscine connoisseur alike. For these open-minded gourmands, immersing themselves in the abundant and diverse world of fish is all part of the pleasure of discovering new taste experiences.

But making fish soup at home is a different matter. It feels like too much trouble… We are told that a bouillabaisse cannot be made without dozens of fish varieties (including the ever-mentioned, extremely ugly and totally unobtainable red rascasse). Making a soupe de poisson will require hours of shopping and preparation, finally finishing in the blender, bones and all, then carefully sieved (preferably in a professional conical sieve). Most other fish soup recipes will put great emphasis on the stock requiring large pots of fishy scraps and skeletons.

Of course, fish-friendly foodies – like us – will be quite happy spending all day dispensing guts and gills in pursuit of our favourite fish soup recipe. The preparation will develop cooking skills, the varieties of recipes will suit any palette – from hot and fiery, to fresh and fragrant and aromatic and creamy – and of course it will be delicious. We serve our soup in a tureen at the table with large bowls, crusty bread, and cold glasses of white wine. The setting might be the suburbs, but with a little imagination it’s possible to be transported to a sunny seaside restaurant terrace, where the sounds of the sea and salty, ion-scented air will set the perfect epicurean scene… Fish soup anyone?

This recipe is part soup, part fish with sauce. I like it with a generous amount of sauce, not too thick so that it, well, is a bit like a soup. Adjust to suit your own taste.

NB: Add white asparagus if you like – just as they do in Spain.