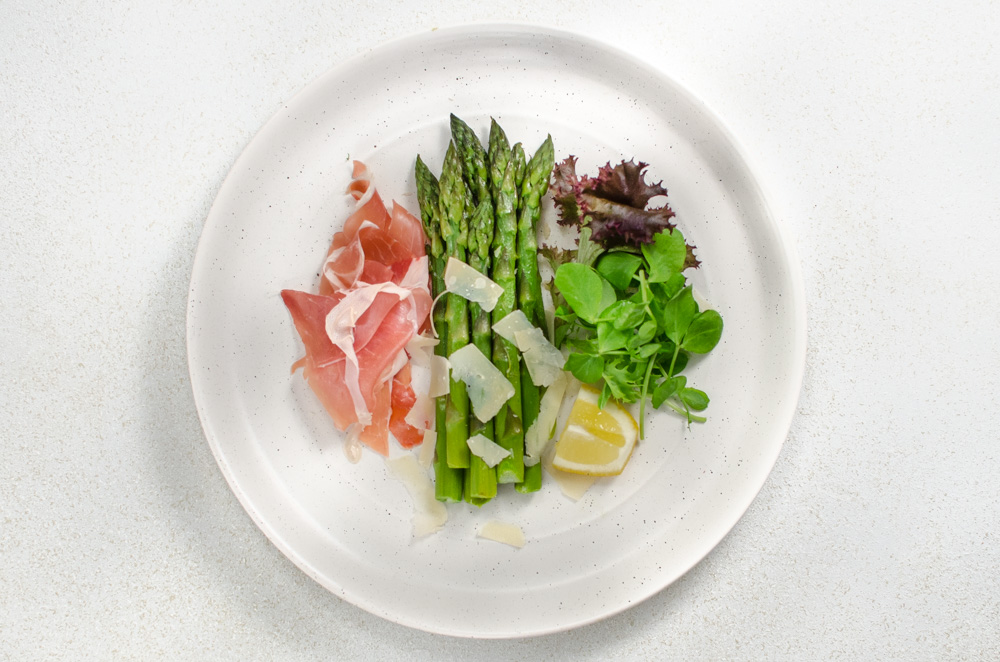 About 200g of asparagus per person

2 or 3 slices of Parma ham per person

What can I do to stop my pee smelling funny after eating asparagus? – Mr Philip P. Strange

Dear Mr Strange. Thank you for your question. The effect of asparagus on one’s pee is a delicate subject and I appreciate your candour. However, you shouldn’t feel embarrassed, it is a question I am asked often. There is only one sure way to stop your pee smelling after eating asparagus, and that is to avoid eating asparagus altogether.

I presume you are someone who does notice the distinctive aromatics in the loo after eating asparagus, but not everybody does. Recent studies indicate that about 40 per cent of people who eat asparagus are able to detect an odour. It all comes down to chemistry and genes.

Asparagus contains asparagusic acid, a close relative of the essence of skunk spray. When eaten it is metabolized in the digestive system into ammonia and sulphur containing compounds, including methanethiol, which give the urine its characteristic smell. Studies also indicate that most people produce ‘asparagus pee’ whether they can smell it or not. It turns out that it is our individual genetic differences that determine whether we can detect the smell.

It is also interesting to observe, that on the matter of smelly ‘asparagus pee’, most people are rather circumspect or giggly, perhaps too ashamed or perplexed by the smell to discuss the subject openly in public. This is not surprising as the literature on the matter can be unabashedly forthright.

Louis Lemery wrote in 1702 that asparagus causes a ‘…filthy and disagreeable smell in the urine.’ Others describe the smell as ‘foetid…’ However, Marcel Proust was not discouraged from eating asparagus and, apparently enamoured with the effect, wrote in 1913 that eating asparagus ‘…transformed his chamber pot into a vase of perfume.’ Ian McEwan, in Reflections of a Kept Ape, describes the smell as reptilian, otherworldly – a repulsive inorganic stench. On the other hand, he also reflects on its sharp, exciting, sexual odour.  Of the many food writers who have written on the subject, Jane Grigson expresses McEwan’s ambivalence concisely, describing the smell as ‘…not exactly offensive, but curious.’

As a final thought, Mr Strange, I might offer an insight on how to manage urine-based asparagus odour. If, like many of us, you like to eat asparagus but can also be perturbed by the smell of your pee, then try consuming asparagus on your own. Here, the questionable aromas are contained within your own environs and you may safely contemplate your smells in privacy.

However, since the odours – and more than likely your blushes – are disconcertingly detectable when eating asparagus in the company of those with the ability to smell methanethiol, I suggest you avoid attending any catering event with asparagus on the menu!

Another way to cope with the urine smells from eating asparagus is for the whole population to take a DNA test and wear badges indicating whether they can detect methanethiol or not. Then you can make sure you eat asparagus only with those of a genetically acceptable olfactory disposition. – Wendy Cuthbert