A what… a snickerdoodle! Fun recipe to make with the children or grandchildren. Take your pick from four different snickerdoodle cookie flavours! 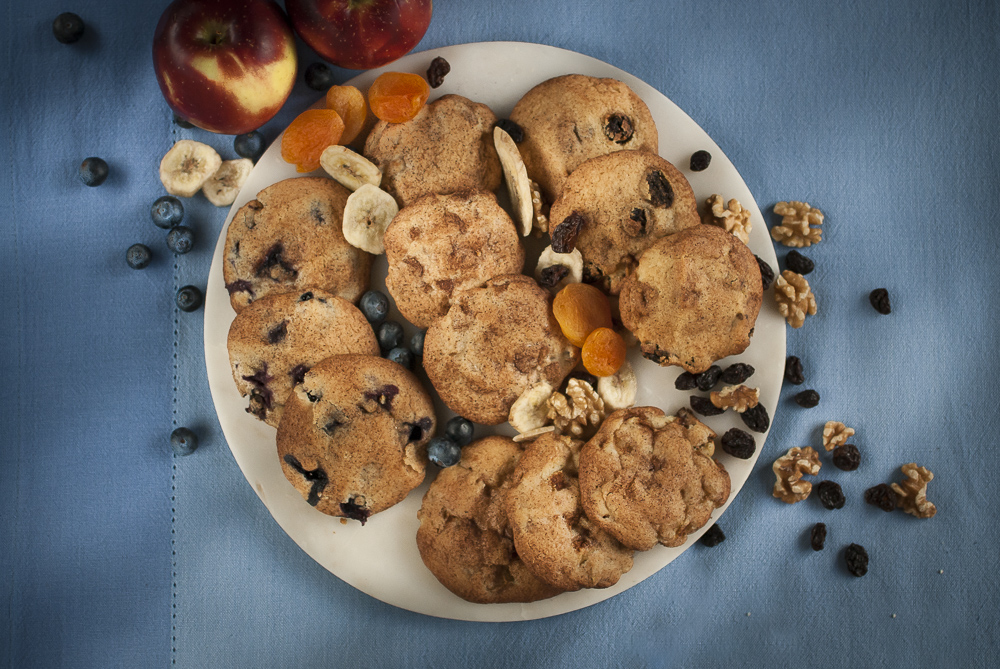 When the cookie dough is mixed, divide in half and add one of the following to each half:

Banana and apricot snickerdoodles: 50g dried apricots, chopped60g dried banana chips (placed in a mug and just covered with boiling water and allowed to soak for 15 minutes and then drained).

Apple snickerdoodles: 1 eating apple (peeled and chopped into pieces no bigger than a pea

The snickerdoodle is thought to have been brought to America by the Pennsylvanian Dutch. The name is said to be derived from the German pastry shnecken, but it’s probably made-up, devised simply to be silly and fun to say… In American folklore snickerdoodles are historically known as an Amish specialty, but whatever their heritage they are now one of America’s favourite cookies and enjoyed throughout the land.

What makes the snickerdoodle interesting is that it is rolled in cinnamon-flavoured sugar before baking. In the UK we associate cinnamon with winter, but Americans like cinnamon at any time of the year. The homely and aromatic spice appeals to adolescent and adult tastes alike and is sprinkled on buttered toast, coated on crunchy cereals and as the main flavouring in cinnamon buns and the quintessentially American apple pie.

The recipe makes about 24 snickerdoodle cookies. It’s divided in half to make two different flavours of snickerdoodles at a time (approx 12 each). Choose from blueberry, banana and apricot, walnut and raisin or apple.

Most cookie recipes use a higher proportion of sugar and butter which makes them either crisp and thin or soft and chewy. For a less sugary treat, I’ve used a lower ratio of sugar, which creates light and cakey texture – the added fruit and nuts provide extra natural sweetness.

This is a spin on the classic tuna sandwich. It has added sweetcorn – and is all the better for it! 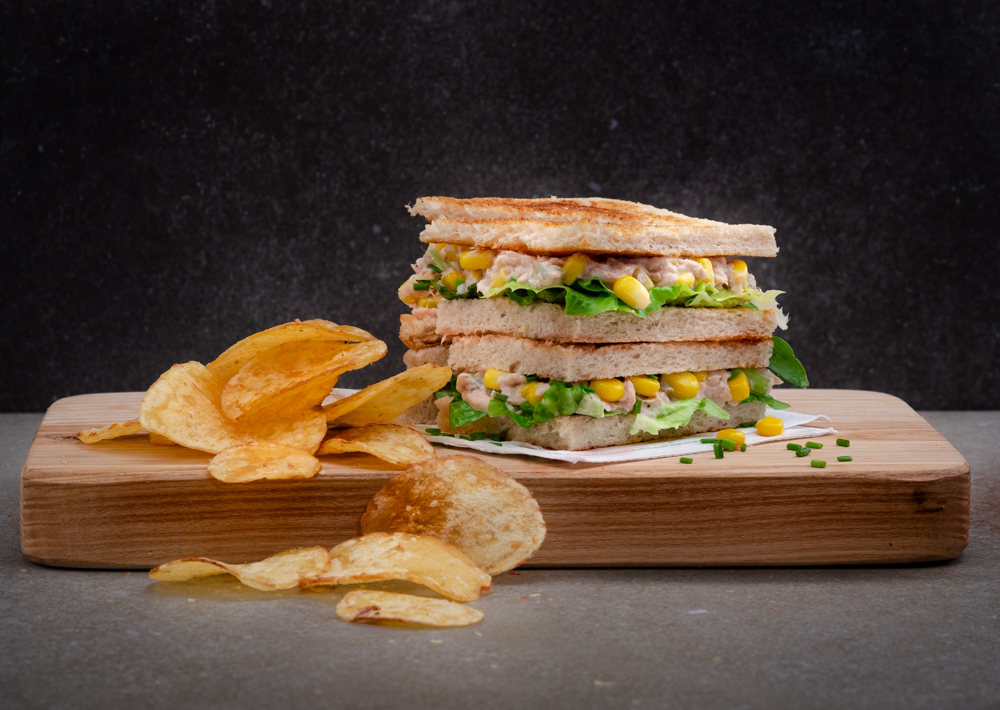 Tuna and Sweetcorn – but not as you know it! The tuna is blended and formed into a quenelle and covered in a sweetcorn sauce.