‘…You can make this with leftover fillings or with luxuries like smoked ham or salmon…that’s why the trusty omelette will never leave us.’ 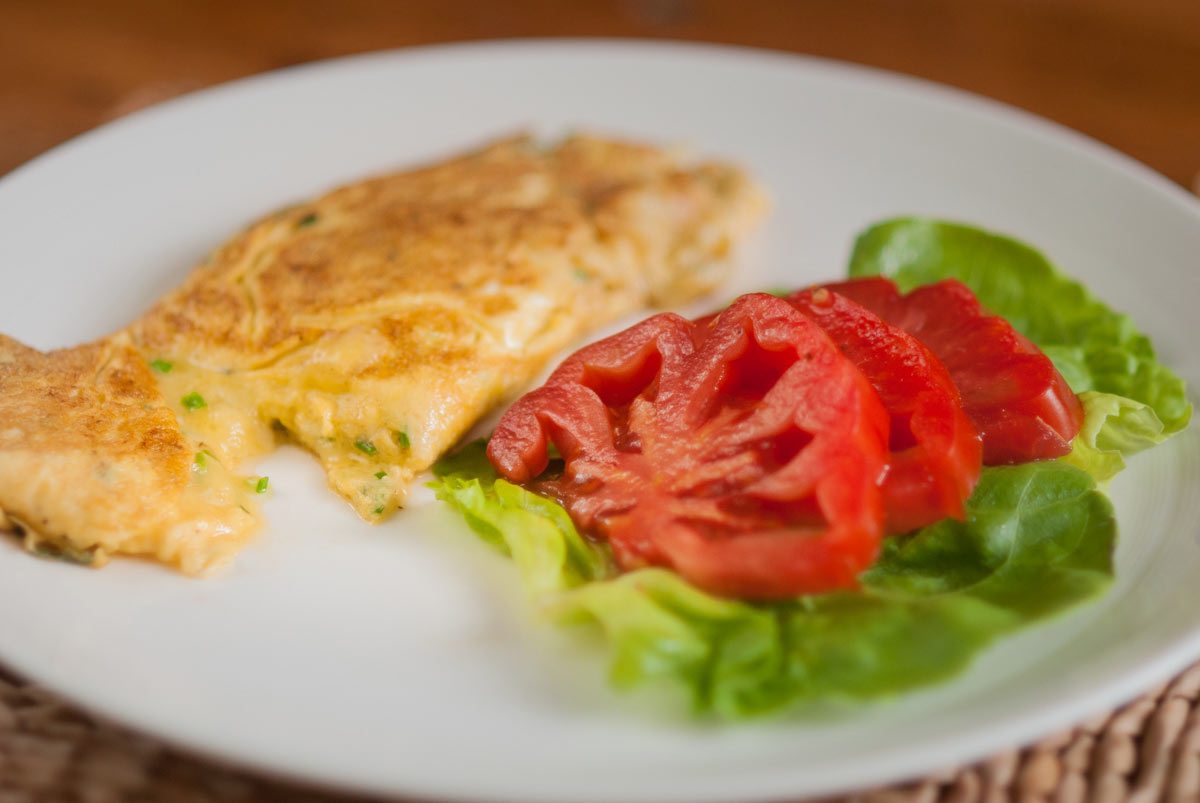 Ode to an omelette pan…

Those of a certain age will remember the post-Elizabeth David halcyon days of home gastronomy. It was a time when sourdough was unknown and olive oil was in transition from the medicine cabinet to the larder. It was also a time when cast iron ruled the kitchen. Among the heavy black kitchenware was a pan of distinction: the omelette pan. No discerning home cook would be seen without an omelette pan.

The omelette pan, as the name suggests, was used for making omelettes. It may seem counter-intuitive for a frying pan to be designated with such a specific purpose, but in the case of a cast iron omelette pan there was no flexibility – it was only to be used for making omelettes. Maintaining the pans involved considerable effort. Achieving a natural non-stick surface required protracted routines of ‘seasoning’ with hot oil. Cleaning the pan entailed scrubbing with abrasive salt (we were advised to never wash an omelette pan). But these ardours were happily endured as part the cooking experience and over time an interdependent relationship developed between the pan and cook. The pan demanded love and attention and in return rewarded the cook with improving performance and faithful service.

I have one of these pans. It’s still a prize possession. It’s as black as coal, and weighs over a kilo. There are features on this pan which provide some finesse; it has two cast eyelets for hanging on kitchen hooks and a wooden handle – but in every other respect the gnarled piece of metal looks like it has just been formed from liquid iron and cracked out of its mould.  I’ve made hundreds of omelettes over the years with this pan – it’s never let me down.

But times move on… Now, my kitchen armoury has been upgraded with bright and modern high-tech equipment, including the Le Creuset 20 inch tri-ply Teflon Pro Plus frying pan. It makes wonderful omelettes and is much easier to use and maintain. New pans such as these eventually made our old iron pans redundant. Sadly, my omelette pan now rests unused at the bottom of a cupboard. But I am still very attached to it. On special occasions I might bring it out to sauté potatoes or sear the odd scallop. I also know that when all the Teflon in the world has run out, my old iron pan will make its comeback and continue to make perfect omelettes.

Over the years, our eating habits – like our cookware – have also changed. I do not make as many omelettes as I used to. Nevertheless, I will make the occasional omelette, I enjoy their versatility; they are just as good with a slice of toast for breakfast or with chips and salad for lunch. It’s true that omelettes can be tricky to make (no two are ever the same), but this is the challenge of omelettes; they will always test the skills of a home cook – whatever the pan being used.