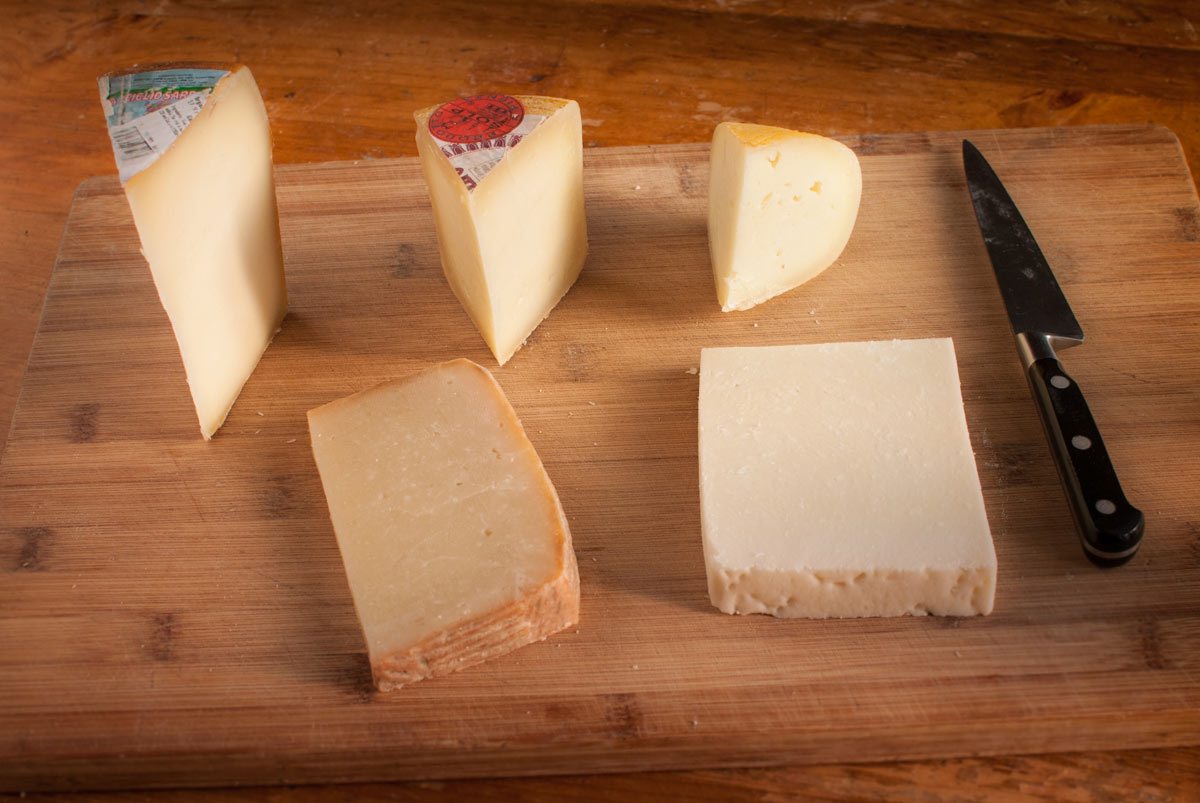 Pecorino is made from ewe’s milk (the Italian for sheep is ‘pecora’). Pecorino cheeses can be sold in three broadly defined degrees of age: young or fresco aged for a minimum of four weeks; aged or stagionata aged for minimum 4 months; semi-aged or semi-stagionata aged somewhere in-between. All pecorinos can be sold at different ages. They are formed into satisfying squat barrel shapes or small flattened mini-cob loaf shapes.

The rind will be treated according to the traditions of the regions and can range in colour from waxy pale white, light yellow and orange to burnished umber. The rind might be flavoured with various products to enhance the cheese, such as olive oil, tomato, grape must or ash.

Pecorino cheese is given protection with the DOP label. The designation is a guarantee that it has been produced, matured, packaged and distributed according to specific rules and methods.

The following are representative of a selection that can be found in a typical Italian delicatessen – listed oldest to youngest: