‘…I remember going to town on this onglet dish, they’re like little moreish bitesize juicy steak slices!  Well, that’s exactly what they are really. I’ve never heard of scorzonera before, but if you can get hold of some, they look weird but worth a try.’ 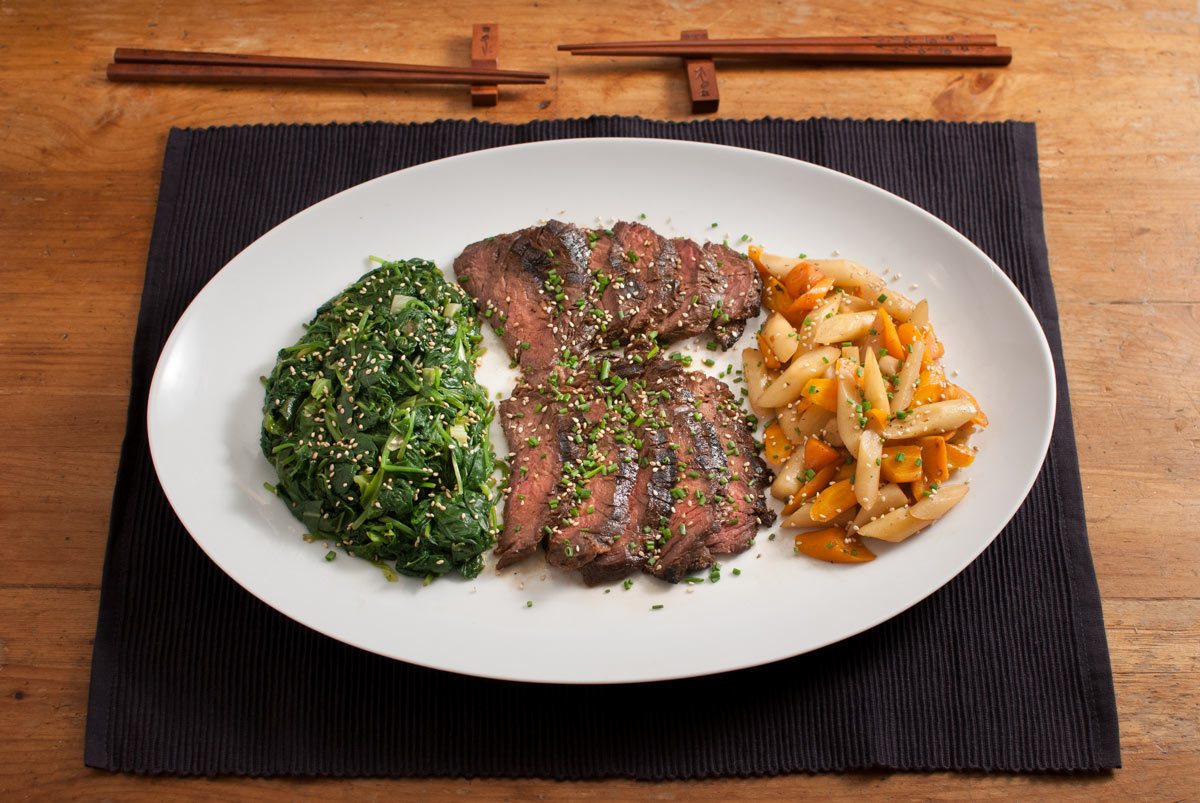 For the Japanese vegetables

Onglet has become something of a trendy steak

Chefs have been turning to unpopular, tough and cheap cuts of beef, such as cheek, brisket, shin, tail, short rib and skirt. They recognise that although these cuts are a challenge for the cook, they often contain better flavour than the more expensive cuts. The onglet or hanger steak was known as the ‘butcher’s tenderloin’ – butchers would knowingly take this home as an affordable perk of the trade. The onglet is a muscle that hangs near the diaphragm either side of the animal. It is a distinctive cut with it pronounced stringy grain of muscle in a clearly visible ‘v’ pattern and thick membrane down the middle.

Onglet takes marinade very well and should be seared on the grill. My preference – as with flank and skirt steak – is to slice against the grain at a very thin angle.