Fresh tuna and sweetcorn come together here in a Mexican style dish. Make the salsa as hot as you like. Serve as is – or with black beans and coriander rice and hot tortillas.

1 or more red or green chillies

1 large clove of garlic with skin on

A taste for corn

Today it’s the world’s most popular grain by weight, a fact that underlines its importance to our economy – and our diet.

Maize is a wonderfully evocative plant. Tall stalks swaying in the wind, drooping leaves and sprouting fat yellow cobs is a picture we can all imagine. Fields of corn create havens of intrigue and allure and have their own stories to tell. No wonder we have such strong connections with the grain.

Corn – or maize – is remarkably versatile. It is also an economically valuable product, able to be processed into ethanol for biofuels, vegetable oil and sugar syrup for domestic and industrial use, or feedstocks for animal husbandry. Of course, it can also be ground into flour or harvested straight off the plant for human consumption. In this form, maize is nothing, if not robust: either processed into cans or frozen in bags, it effortlessly retains its colour, flavour, and texture.

I love corn. Or, I should say I love fresh corn, or “corn on the cob” as it is known in the USA. Our family lived in sunny California nearby to cornfields, so naturally, “corn on the cob” was a mainstay of our diet. However, when we moved to the UK and were unable to find fresh corn, we also ate canned and frozen corn.

But here’s the rub… I’m not that keen on canned or frozen corn. Perhaps it was the privilege of eating so much fresh “corn on the cob” growing up in America. Or maybe its ubiquitous appearance as a side vegetable in childrens meals makes me associate processed corn with “kid’s food.”

This may be harsh and unfair, after all I’m a devout champion of maize in its natural form and canning or freezing corn is hardly a culinary crime.

I am therefore happy to eat corn “off its cob,” but I also like to adapt it wherever possible to make it more, well, “grown-up” and interesting. Adaptations normally involve large amounts of butter and pepper. More often, it will involve frying or charring as in the salsa recipe here, or mixing with other ingredients such as rice, peppers, or chilli.

Occasionally, it will involve combining with tuna – but that’s another story…

This recipe uses a Mexican comal or a flat cast iron griddle (a non-stick pan can be used as well). The idea is partially to cook the vegetables whilst charring the outside in the Mexican way. In particular, tomatoes are often charred before turning into a sauce. Here the cherry tomatoes are a reminder of this technique. If the vegetables become too black, scrape off the burnt bits or keep them on for an authentic character. Fresh tuna steaks are best when under-cooked, so it is important to “sear” the tuna quickly with a very hot pan, otherwise cook according to individual tastes.

Tuna and Sweetcorn – but not as you know it! The tuna is blended and formed into a quenelle and covered in a sweetcorn sauce.

Tuna and sweetcorn has never been more stylish – the tuna and corn are blitzed together to make a soft delicious terrine. 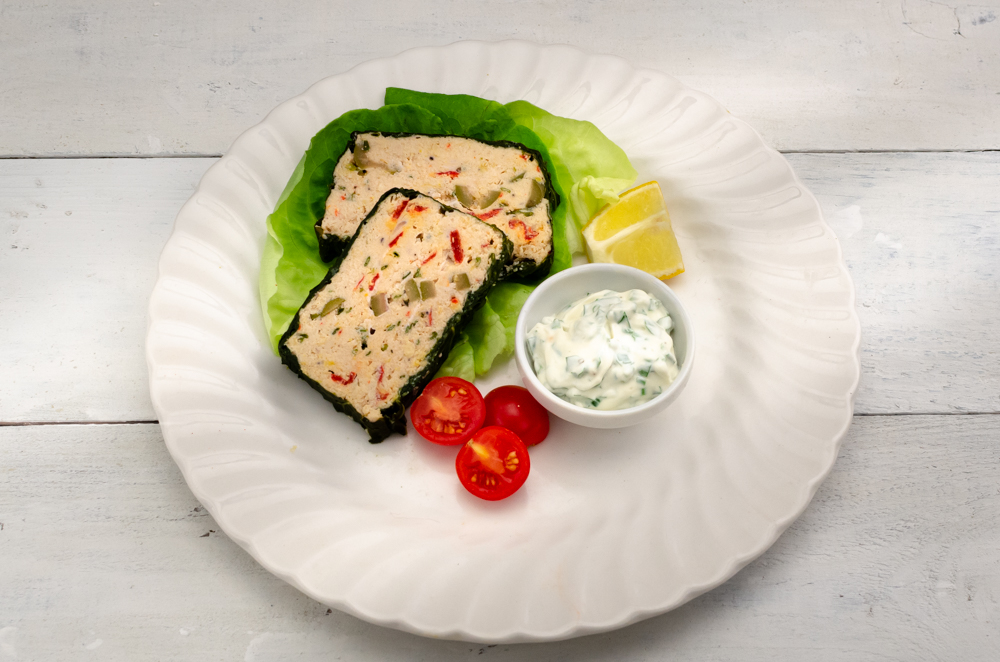 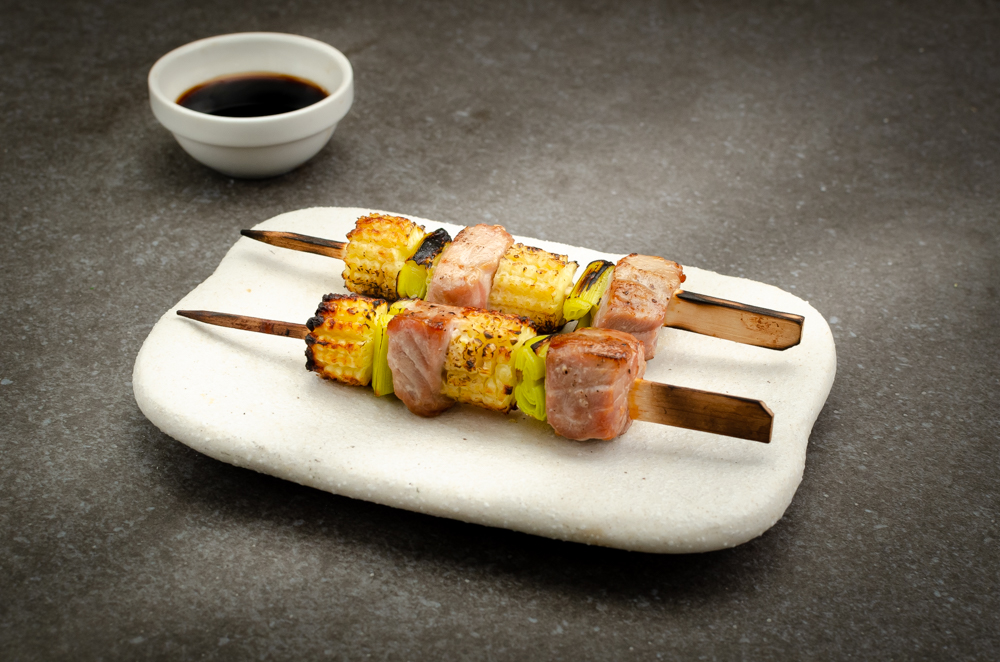