‘…but it is also perfect for keeping your sweet-toothed guests happy.’ 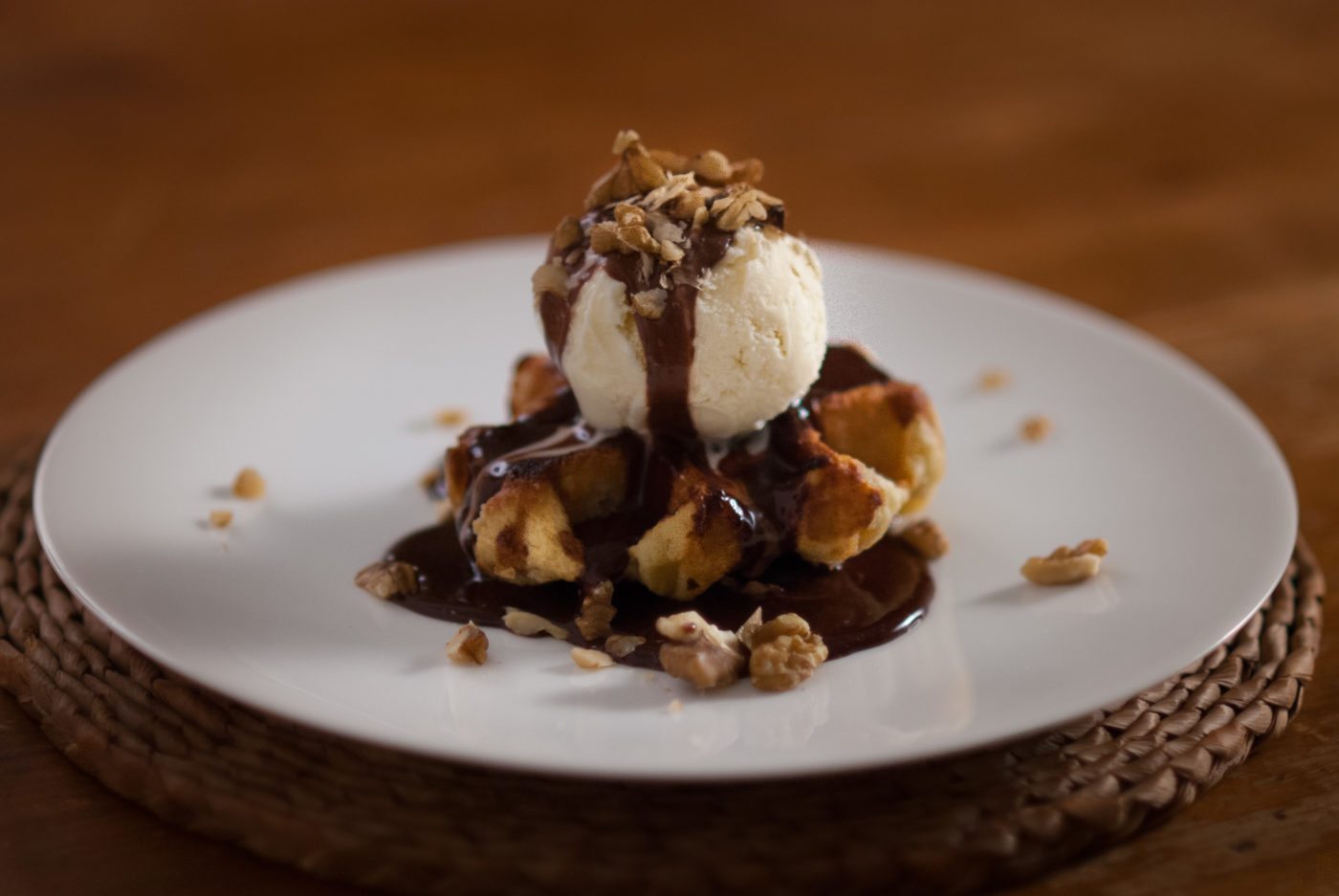 Waffles for breakfast, dessert or dinner?

North Americans usually associate waffles with breakfast. They are interchangeable with pancakes and always served with maple syrup and butter – and perhaps eggs and bacon. This is the way our family ate them – and although our waffles were sweet, we stopped short of covering them with chocolate, or piling them with fruit, cream or ice cream. But it makes sense – a crispy leavened batter is a sound base for all manner of sweet things. The Belgian’s understand this, as can be seen in their famous Brussels, Liege and Flemish waffles. The Brussels version of the waffle is lighter and thicker and was introduced into America in the 60’s.

I first encountered Belgian waffles in a ‘Belgian waffle’ restaurant in New York City. Our family were en route to the UK, where my father had been relocated by his work. It was winter and well below freezing. As Californians, we were particularly struggling with the cold and welcomed a family restaurant selling hot waffles. What we did not realise was the Belgian version of waffles is often served with ice cream. Perhaps our bodies were happy to burn the extra calories – hot and cold – to help keep us warm. For a young teenager thrust into the unknown freezing world of New York, eating a waffle with chocolate and ice cream became a profound and important family memory.

My New York waffles were partly so memorable because I was eating a waffle for dessert, rather than for breakfast. It seems the waffle is anything, if not versatile. In the North East states of America waffles are served with pulled chicken and gravy and in the Southern states waffles are served with deep-fried chicken. It was therefore a natural evolution to replace the chicken with duck, as in the now iconic ‘duck and waffle’ dish made famous by chef Dan Doherty in London. Although, the dish is served with a fried egg and maple syrup – it also comes with chicken and mustard. The restaurant offers no clues as to what time of the day this should be served – it’s on the menu all day (actually all day, 24/7). Chicken and waffle is similarly ambiguous and eaten throughout the day.

It appears that when it comes to waffles there are no rules – you can eat them whenever you like!