This makes a satisfying and easy tapas – or if the portions are increased and served with a salad, will also make a good lunch or light supper. 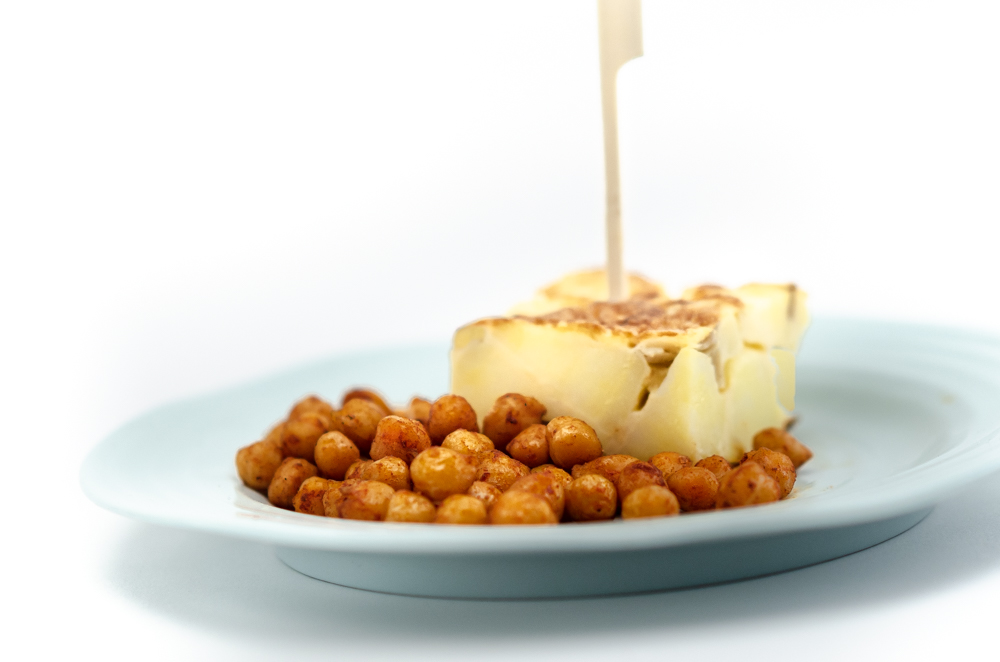 We were entertaining family and friends the other day. One of the guests is only able to eat small amounts of food, so I knew I would need to allow for an individual special requirement for lunch. Serendipitously, I started to plan a ‘small plate’ menu.

In fact, I called it a tapas, but tapas come in many forms. There’s the tapas you get at Meson Don Felipe in The Cut, London, where they squeeze and cram a multitude of tapas dishes onto the very small tables. This kind of tapas is similar to many, where in effect you order most of the courses of a meal all at once. There is the tapas of Barrafina, in Dean Street, London (and in three other London locations), where you drink at a bar and order small plates as and when you like (which can be as much about drinking as eating a meal – at least when there are not queues outside…). There are also stories of busy, smoky restaurants in Spain, where waiters ply their tapas through the noisy crowds for guests to hail and select as they fancy. Pix Pintxos in Seven Dials London, serves Basque style tapas called pintxos (or pinchos), where you walk up to the display of tapas and choose what you want, when you want.

It would seem that with so many forms of tapas it is still possible to overwhelm guests with a large amount of food – even if it is on small plates. Therefore, I decided my tapas would be more like a Spanish tasting menu; each dish would follow the last with a break in between. The menu:

The idea – and execution – was a success. Particularly as it was a Friday and no meat featured on the menu. Despite exerting a lot of time and effort into the meal, the actual hosting and cooking felt far more manageable than my usual full-on affairs. There were fewer guests – which helped – but since I had prepped well in advance, the most complicated real-time cooking was just a bit of quick frying. With less stress and less intense cooking, I was also able to join in and fully enjoy the proceedings.

Sometimes, less really can be more…

This method for making a tortilla is authentic, and differs from other solid forms of omelettes as the potatoes cook in a deep pan of oil before adding eggs. This is the method used by Nestor’s Sports Bar in San Sebastian, Spain. My method differs slightly – I cook the onion separately, omit green peppers (though they would be a good addition), and cook the centre until firm (whereas Nesor’s is runny). I prefer a firmer middle to the omelette so it can be cut cleanly into a neat squares and is therefore more practical to manage – and to eat. It keeps well for a day in the fridge, but is best eaten on the day it is cooked.

Strain the oil and separate any liquid for using elsewhere. Nestor’s recycle half of the oil from the day before and presumably re-uses the rest in other dishes. As I was making a large tapas meal with several fried elements, I kept the oil and re-used it for frying croquetas, cheese balls and the initial frying of gambas.

Cooking the onions separately ensures the onions and potatoes are both evenly cooked.

Use tinned chickpeas if preferred. Make sure they are small and have some firmness – i.e. not soft…