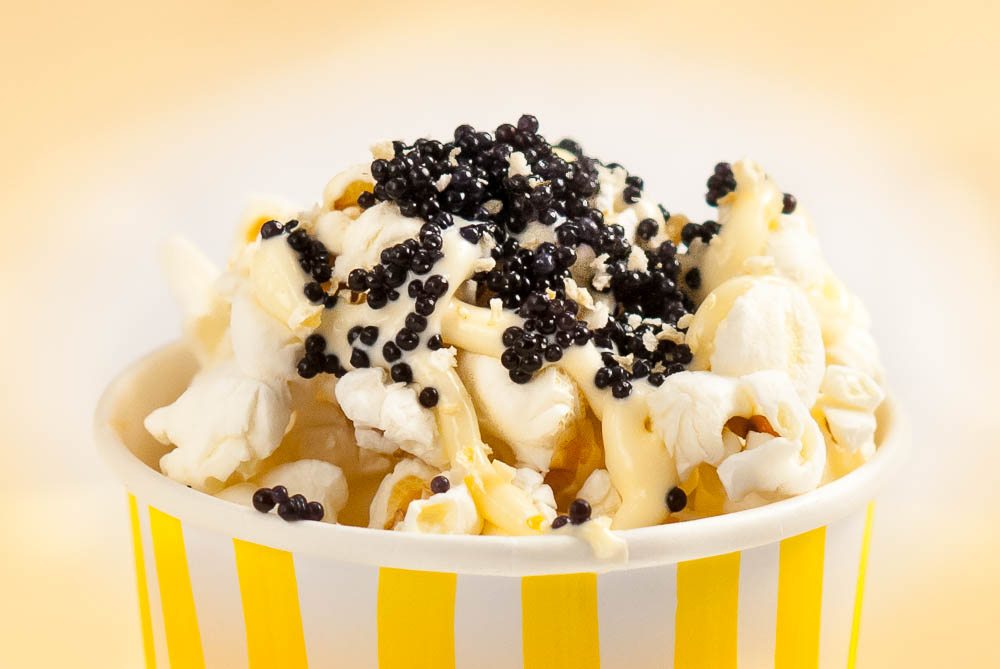 Lumpfish caviar – or the real stuff

Our mother loved Thanksgiving. Modern interpretations of Thanksgiving reflect a more realistic analysis of the true sequence of events and provide a more balanced view of all sides of the story. But for my mother, the traditional version of the story was true and good and locked in stone. Each year at Thanksgiving, with a full table seated and ready to eat – before grace –  she would recite the Thanksgiving story in great detail. This included the catastrophic failure and hardships of the first harvest – represented at each setting bya a little muffin case full of 13 grains of popping maize (all the settlers had to eat on the first Thanksgiving). She continued to tell us that happily the Native American Indians make friends with the settlers and taught them how to plant corn seed with fish (to act as a fertilizer) and this lead to the bounty of the second harvest, which is celebrated to this day by Americans everywhere on Thanksgiving day.

We didn’t mind waiting for the story – or even hearing it for the umpteenth time – mom was a brilliant story-teller. But I could never really understand the point of the dried corn seed on the table – inevitably we would end up trying to eat it or build little trebuchets to send the seeds to the other side of the table. I therefore decided to dispense with the 13 grains and instead combine the ideas of both corn and the fish into a new ‘fish&corn’ starter. Early years were easy – clam chowder and corn bread, fish taco (on corn tortilla) – but then I thought hmmm, I wonder is popcorn and caviar would go together….

There is a fascinating bit of food science going on here. Popcorn and caviar certainly can be eaten together, but this would be rather like eating caviar right on top of a blini. You really need a conduit, a carrier to transfer the flavour from one part to the other parts. In the case of a blini it is normally cream cheese – the same principle is used in the Jewish treat of lox and cream. In both cases the salty fish is enhanced and balanced by the creamy dairy and transfered to the more neutral blini or bagel. For popcorn the conduit needs to be squeezed or drizzled over the popcorn and is mixed with mayonnaise.