Who Remembers a Time Before Houmous? 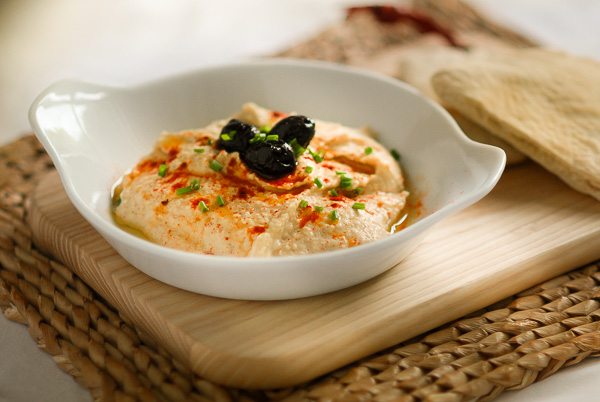 When I was at school, the only way to eat houmous was either by going to Greece on holiday, or visiting a Greek restaurant – especially the riotous Greek tavernas on Charlotte Street in London. The menus of all Greek restaurants included the ‘holy trinity’ of starters: houmous, taramasalata and tzatziki. Any aficionado of these eateries can recite the other main menu items with ease: Greek salad (with that strange white ‘feta’ cheese), ‘aphelia’ (a pork and coriander braise), ‘souvlakia’ (a Greek-style lamb kebab) and the mighty and wholesome ‘kleftiko’. A kleftiko was a slow braised lamb shank served long before the word ‘gastro’ was a twinkle in The Eagle pub’s eye.

Happily all these items also appeared on the full ‘meze’ menu, which we always ordered, and always regretted. We would stumble out of the restaurants stuffed to the gills and reeling from too much retsina – and then wonder where it all went wrong… I blame the cause of these recurring patterns of over-eating on those addictive starters and endless stacks of hot pitta breads.

Back then, the Greek restaurants drew large crowds with their evocative disco sounds of the Continent, bouzouki music and romantic Demis Roussos ballads that, despite your better judgement, would have you swooning in a loved-up daze – only to be woken by the crashing of plates as you were grabbed to join in impromptu Zorba dances and macho demonstrations of handkerchief-supported leaps, spins and kicks – Opa!

But we should stop to reflect: amongst the flying crockery, these entertaining Greek restaurants of the 70’s were also introducing unknown foods to the British public. We were eating real olives (with proper pips!), virgin olive oil, garlic and flat bread. Foods now revered as gastronomic essentials. And then there were those dip-like starters – whose Greek provenance was even more exotic having origins in the Levant and Middle East. It’s difficult to imagine the intrigue and excitement caused by those purees back then. The taste of houmous was indescribable; made of the humble chick pea and sesame seed it was like no other food we recognised, yet tasted fresh and wholesome. The bright pink swirls of tarama fish roe looked beautiful drizzled with olive oil and sprinkled paprika. In those days even yoghurt was new (we were still getting used to fruit and yoghurt in pots), so the tzatziki would be the last to go – but go it would – along with all the others. These dishes were more than exciting new tastes, they were a new way of eating food. The British ate with knives and forks, not their fingers. But picking at food was fun, it helped break the ice and encouraged a warm bonhomie around the table. We couldn’t get enough. I’m sure we were offered refills, but rather than politely decline we would say, ‘Yes please! And while you’re there, more pitta!’

As a young foodie I would make my own houmous at home. But it would not take long before commercial houmous became widely available. As the UK embraces more and more ethnic foods, houmous has long become a family favourite and is sold by the tub-full up and down the land. But if you really want to appreciate houmous like we did – go to Greece or a Greek restaurant….

NB: I have been taken to task over my spelling of houmous and meze. My spelling is a transliteration of the Greek: χúoμouς. The x is a hissy ‘h’ in English followed by an ‘ou’ diphthong pronounced ‘oo’ (best transliterated in English as ‘ou’), followed by English ‘m’ with an identical diphthong. The accent is on the first syllable. So, I get ‘houmous’. However, it is an Arabic word and the transliteration into English may be more hummus-like. Here, I defer to the Greek spelling as it would have appeared on any of the menus we were reading in the 70’s. One such menu might have been from The Elysée, the oldest Greek restaurant in London (est. 1936). That menu also uses houmous and meze (one ‘z’ in meze – I suspect the Arabic might bring another ‘z’ in translation). The Oxford Dictionary gives the spelling as hummus with houmous as an alternative spelling. But for the final word, perhaps we should seek advice from the retail giants. Waitrose, Sainsburys and Tesco all prefer the Greek diphthongs in their spelling. So I am happy with my houmous. Please feel free to continue the debate.